Ten minutes later Cash and Penny were in his room and gazing out the sliding glass door to the beach below. Cash had his hands in his pockets. It was that or they’d be all over Penny.

“You want to?” Penny asked.

Cash gulped. Clenched his hands into fists. He glanced over her.

She grinned. “To go to dinner later?”

The look in her eye said she probably knew what he’d been thinking about.

“Seven thirty it is.” He turned and led her to the door. His hand almost reached the doorknob before she dragged a fingernail—a long, deliciously pink fingernail—up his chest. A shiver raced up his spine.

“You just going to shove me out the door, handsome? Or are you going to make me miss you?” She leaned in.

“Um.” He hesitated a fraction of a second before putting his hands on her hips. He pulled her in slowly, as slowly as the smile that bloomed on her face.

He touched his lips to hers once, twice. She opened her lips and, as far as he was concerned, invited him in.

His tongue swept inside her mouth. Her hands slid up his chest, around his neck and tightened. Her tongue slid around his. He heard a muffled groan but didn’t know if it was his or hers. Capturing her in his arms, he changed the angle and the tenor of the kiss. Her breasts pressed into his chest. He pressed his hips into the cradle of her thighs and lost his concentration.

She pulled back and giggled. “Sorry,” she said looking down between them. “I’m still wet and chilly.”

She opened the door and slipped out.

Cash leaned against the door but it, too, was cold. He stood up straight.

“I think I’m going to miss you more.” 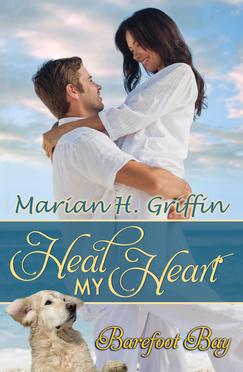 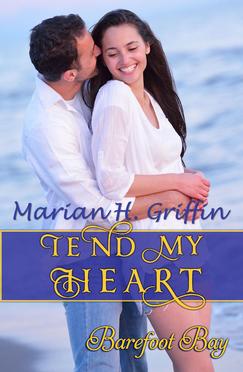 As he let his gaze travel over the still waters of the Gulf, his thumb made slow, lazy circles on the inside of Carol’s wrist. Her hand twitched but he didn’t let go.

“What are you doing?” she finally asked.

They both looked at their linked hands and Mason’s thumb on her wrist.

“Sorry. Was it bothering you?”

“I like the feel of your skin, Carol.” He moved his hand up her forearm and touched the inside of her elbow. She stiffened up.

“No, don’t do that.” He got to his feet and came around in front of her. Crouching at her feet, he put both hands on her arms. “Do you know how I feel about you?”

“I’ve been a little confused about that recently.”

He chuckled. “I’ve been a little stupid lately. I was too focused on other things to concentrate. I should have known you’d be the one with the answers.”

“I don’t have answers for you, Mason.”

“Not about my—family issues. About us.”

He nodded. “Come here.” He stood up and gently pulled her to her feet. Her eyes were locked on his as he guided her closer. “I have feelings for you, Carol. Despite how I acted. I took things out on you because I’m so comfortable around you. You’re easy to talk to. I tell you things I never thought I could, or would, talk about.”

His hands traveled up her arms to her shoulders. His fingers swirled across her skin making his blood rush south. The erection would soon be visible. “You’re nice. And beautiful.” He grinned. “And hot as sin.” He went for the kiss and was met half-way.

They came together in warmth and ignited. She clutched him about the waist as he wrapped his arms around her. He tipped her to one side and licked her lips. She opened to him and charged into the fray firing on all points. His standard was raised high. He pressed against her and had the satisfaction of feeling her body move against him in a very provocative way. 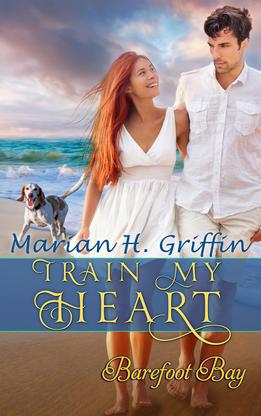 With a sigh, she swung her legs into the middle aisle allowing him to pass without climbing over her again. He nodded and approached the podium with a troubled look.

Maybe he wants to open a topless bar on the island. That’ll go over big. She barely suppressed a giggle.

“Mr. Mayor, Council Members. I appreciate you meeting with me over the last few weeks. After your warm welcome, I didn’t know there would be opposition to my idea, and I’m sorry there is some disagreement.”

Taylor glanced at her and she sank down realizing she’d spoken out loud. The buzz and whine of gas engines filled her stomach as she stared at that thick, wavy, overly-long hair.

“The plans for gasoline storage have been approved by the state, as well as sheds to house the skis and equipment. Yes, there will be some noise but nothing that breaks any local or state laws. Jet skis have been around for decades with very few problems. I just came here today to thank you for your support and advice in getting the business off the ground.”

He glanced around at her again with a grim smile.

“I’d like to address one comment on Ms. Wallace’s presentation. I don’t know of any place to put a jet ski rental shop but on the beach. Thank you.”

Laughter followed him as he stepped away and headed for his seat. Next to her. She stared straight ahead and didn’t move. He lifted a leg and climbed over her to settle right back in the chair next to her. More laughter.

“I’d like to call for a vote on a recommendation to the Planning and Zoning Board in favor of the ski rental shop proposed by Mr. Taylor,” the mayor said in a rush.

Looking down, each and every council member mumbled “Aye.” The gavel banged.