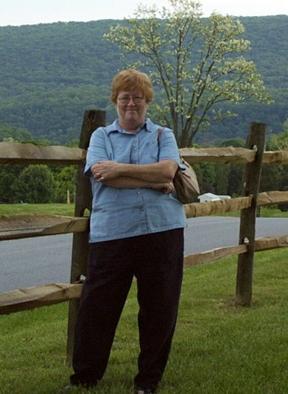 Marian Hallett Griffin, was born in nineteen-fif—well, I was born in New York. Brooklyn to be exact. Lenox Hill Hospital to be anal. We moved to California when I was two. My mother complains that her arm fell asleep in New Jersey and didn’t wake up until she saw the Pacific; I wasn’t about to give up my pillow. We returned to New York a couple of years after my father died. I graduated from Holy Family High School on Long Island (you hear the best dirty jokes in Catholic school) and moved to Florida to keep my mother company when she retired. Guess I still wasn’t ready to give up my pillow. I graduated from the University of Florida (Go Gators!) with a BS in broadcasting and went to work in television production. Later, I got my Masters of Library and Information Science from the University of South Florida.

I moved onto library work after giving up on avoiding the stigma of "Marian the Librarian" which turned out to be my first job in television production: Video Tape Librarian. I used to use that as my personal introduction but the kids got younger and didn’t get the joke. I worked in a deli, several restaurants, a couple of hospitals, a few bars, in a film lab, at a university and as a television producer, writer and production assistant. I produced and shot a live rodeo. I was a tournament pool player and tried not to injure too many people while playing darts. I was a reference librarian and department head then moved on to being the Library Director of a small central Florida Library. Now I’m the director of a large central Florida Library. And every night (okay, most nights), I go home, turn on my computer and write.

Join me on my journey through contemporary, historical and paranormal romance featuring the men you want to meet and the women you want to be while living the life. 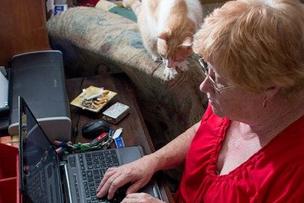