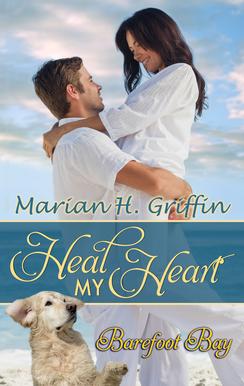 ​Buy link for Heal My Heart 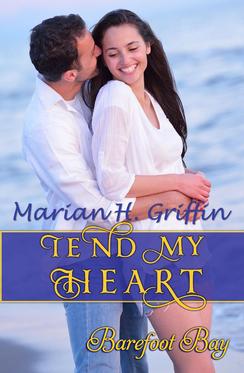 BUY link for Tend My Heart

Train My Heart is a new addition to Roxanne St. Claire's Barefoot Bay World and is now available from Amazon.

​High-powered Manhattan financier Brandtley “Brand” Taylor has had it. Ten years, three girlfriends, two fiancées and one ulcer is enough. Besides, he has more than enough money to start his dream business. It’ll be a dirty, sweaty job but he’s determined to open his water sports rental shop. Yeah, jet skis, scuba tanks and pleasure boats are his future and Mimosa Key’s. It’ll be tough watching those bikini-clad ladies hop on and ride his equipment.

Dixie Rose Wallace has other plans. She’s minding the store for her honorary uncle and the store is a dream come true. The Gulf Coast Dog Kennel sits right off the beach south of Barefoot Bay and the town of Mimosa Key. Peace reigns and she is in charge. No more house full of six squabbling siblings. No more untrained dogs disrupting her life. No more riding the thresher or back hoe on the family farm. Nothing and no one will keep her from her goal: to own the Gulf Coast Dog Kennel.

Neither has a clue what one untrained dog running loose on the beach does to change their lives in ways they never expected.​​

All titles are available from Kindle, Apple, Nook, Kobo, 24 Symbols and Angus & Robertson by clicking the Buy link under each cover photo. 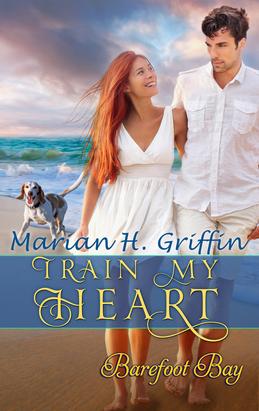 Tend My Heart is my  second novella for Rocki St. Claire's Barefoot Bay World. Thanks, Rocki, for all your encouragement and support!

Dedicated dairy farmer, Cash Wallace, has decided to get married. He goes off to the island in the Gulf where his youngest sister lives only to find out she's engaged. But he's the oldest. He's supposed to get married first. So what if he waited 35 years to do it!
Penny Sykes grew up on a farm in north Alabama. But she wasn't allowed to like it. Her father decided that "girls don't farm" but never said no when he needed a hand with calving or milking or driving farm equipment. He sold the farm out from under when he died but left her a lot of money. So she's decided to try the heiress route taking long vacations instead of doing honest work, drinking fancy drinks instead of beer and having her hair and nails done.
When Cash meets up with Penny at the Casa Blanca Spa & Resort they're attracted but she hates farming. So he only reveals he sells commodities. She's not the right woman for him because he can't give up his lifestyle. A fling, yeah, a fling is what he needs.

This is the story of a wounded warrior and a practical man who believes in heal thyself.

Carol Lee has PTSD after a tour in Afghanistan. Saving the children was her weakness and saved quite a few of them. But she pays the cost. She always had cats but now faces getting a dog. A therapy dog. She has to learn about dogs in general, therapy dogs specifically and her dog trainer's sexy brother.

Mason Wallace is a car mechanic. He believes in post-traumatic stress syndrome but believes people should be able to push through their fear and live. Unlike his uncle who killed himself six months after leaving Iraq. And a local veteran who shot himself after three tours of Afghanistan.

Mason becomes infatuated with Carol before discovering she has PTSD and his sister is teaching her about dogs. After a tense dinner, he flees back to the Casa Blanca Resort & Spa with the intention of leaving the island altogether. But...Carol stays in his head.

BUY link for Train My Heart